So i have been seeing this Meme go around quite a lot lately...and i has been bothering me SO MUCH.
Although it is just a Meme, and like most Memes, they are just silly-3-seconds-laughs or nods, this one has been making a lot of people say: "yes! "exactly!" and so on...
Not just Men, but Women, and self-proclaimed Feminist as well.

I will now write what i have been writing under each post:

"I don't see any penis. Vaginas have NEVER ruled anything, Money and Penises have. They just have BLAMED it on Vaginas, saying" they made me do it. "

Dude: YOU did it. Take fucking responsibility for your actions.
Pussy power has never been REAL power. It is an "under" power of the desired OBJECT of the real power.
To continue to pretend otherwise is perpetrating the very old misogynistic way of blaming someone's weakness on the object of the weakness.
If you love meat, and you decide to eat a steak: you cannot blame the fucking cow for have the power to be eaten.
Enough. 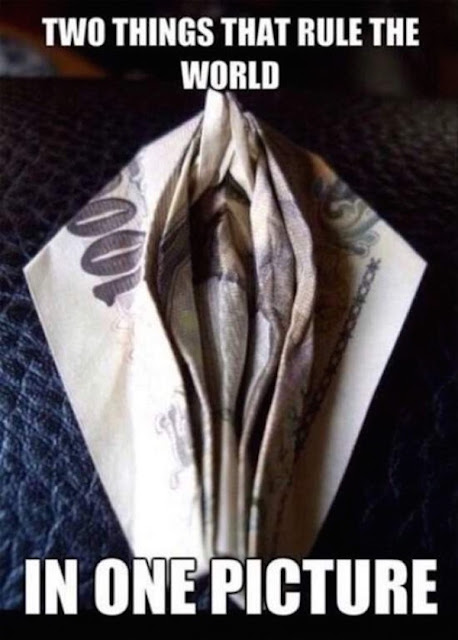