As a kid, I only had a gross, clinical idea of what sex was, my reference being stacks of found Penthouse mags with fleshy pink visuals that kind reminded me of surgery. It was when I got my first walkman (with radio function!) at age 9 that I tapped into the world of late night radio call in shows. I would stay up way late and listen on my foam puffy 90s headphones to people calling in to Ask Rhona with their relationship and sex questions and problems. The questions were pretty tame but this gave me a kind of understanding of how sex works in and out of relationships.

I later found the Sunday night sex lady and then Savage Love in the back of the Georgia Straight. I sought this stuff out because I was really curious about sex, and totally amazed at how much was actually involved in the whole process. Before I ever sexed anyone I was in the know on kinks and queers, and also the importance of communication with a sex partner and of being safe about it. With my first partner, I knew that even if I wasn't having orgasms, I was supposed to be trying to.

From what I can tell the majority of the videos are uploaded by average looking Euro couples, which is nice if that's what you're into but it's got a bit of an exchangists/swinger vibe to it. Hopefully as the site grows it's user base will expand and diversify with it. Well not yet refined it's a concept which could really help blur the line between education and entertainment in the sex industry, or at least create an alternative resource from where younger people could pick up some new moves that will actually impress.

You can check out Cindy's sites here http://makelovenotporn.com/ 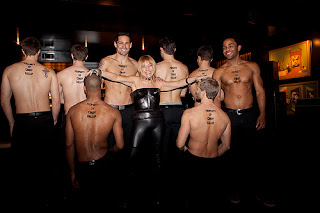