Last week, i took "crashing an event" to a whole other level: the level of twisting your destiny for an hour.
One of my girls that works in the swiss national TV station forwarded me an email about a small exhibit organized by a local feminist organisation ( "Terre des Femmes") about this young woman graffiti artist from Afghanistan: Shamsia.
Now these words just sounded so magical yet surprising together, i just had to go check out the press event i obviously wasn't invited to.
So i did.
And i didn't only show up, i was right there, in the front, basically the only one asking questions until it became her and i chatting.
Shamsia paints women.
The women that her society had tried to make invisible for so many years. She bring them back in the streets and the walls that where the scene of their oppressions not such a long time ago.
That alone is strong and meaningful, it shakes my soul.
I asked her what kind of risk she was taking in order to talk to her city that way.
Turns out graffiti isn't forbitten by law like in our societies so she basically paints during the day.
Now that's dosen't mean she takes no risks, quite the opposite.
She still is a young woman alone expressing herself in a loud way, and that, even though the Taliban-mother-devil-fuckers are no longer controlling society, is considered a bit of a provocation in the country where women are still far from being equal or very safe outside.
But the biggest danger are mines she told me. The ones from the old war...that can make you an angel in heaven in no time...
This was such an inspiring meeting.
Such a moving and magical encounter. Especially as we both are street artists and we should have never met neing from such far away and opposite worlds.

My favorite piece was the one with the writing:
A burqa covered woman sitting on stairs next to writing on the wall saying
" The Water is back everywhere but what about the dead fish?"
As we jews always say: "Never again, Never Forget" 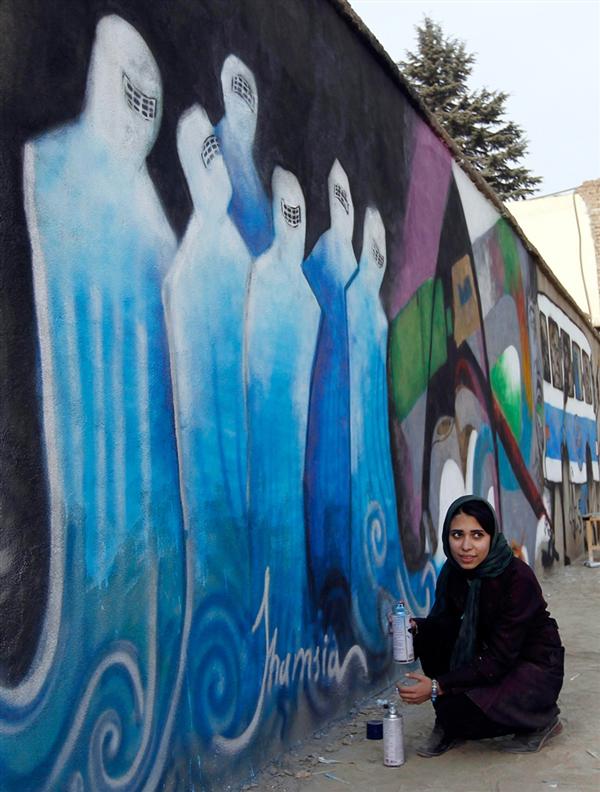 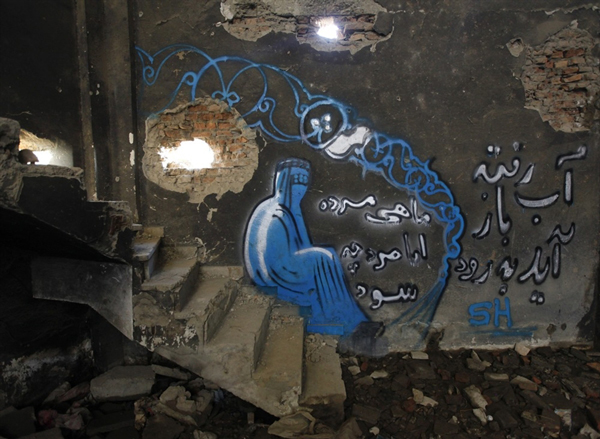 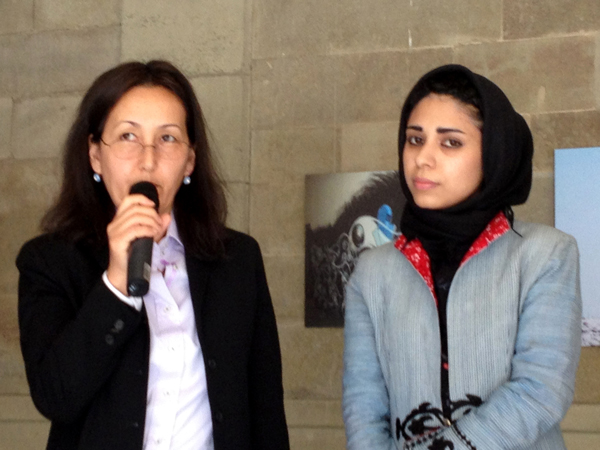 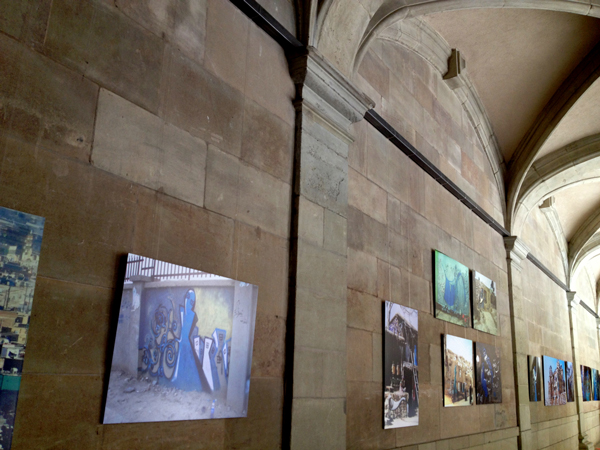